"It's very important for us, to make Reloaded attractive for the JA veterans"

The news concerning the sale of the Jagged Alliance trademark earned a lot of our attention. Furthermore we were astonished and glad to know, that the interview we had with a bitComposer employee, concerning Jagged Alliance Online and Jagged Alliance 2: Reloaded had only one precedent. Though the making of both aforementioned games is in progress for nearly 6 months, we didn't learn of it before this year's August during the GamesCom 2010 fair. And although the last decade showed only failures in the field of continuing the JA franchise, we have faith that this time the project will be executed entirely. Meanwhile there's a still a lot of work to be done by the bitComposer Games employees. How are they doing? The answer to this question is in the following interview, have a good time reading.

1. Greetings, I'm glad you agreed to provide us with an interview. Please introduce yourself to our readers, and present your work at bitComposer Games.


2. How did a company with just a year of experience in the field manage to purchase the rights to a trademark that is almost 15 years old?

Elmar Grunenberg: The core team at bitComposer Games consists of well experienced people working in the gaming branch since years. We were looking for interesting, older licenses that we ourselves knew and liked, and then wondered if it made sense to resuscitate those golden oldies and if such a project was feasible. The Jagged Alliance community is still as active as ever, and the license is still extremely popular. The main problem was to clarify the whole legal situation. Beside Strategy First there have been several parties involved in the brand. This all has to be clarified before signing an agreement.


3. Each of your predecessors started with undertaking the production of JA3, while you decided to begin with two other games i.e. Jagged Alliance Online and Jagged Alliance 2:Reloaded. What made you choose this way to go?

Elmar Grunenberg: JA2 was nearly a perfect game. The complexity of the game has been decisive for the genre and is it still. We think that with JA2:Reloaded we can reach the older fans as well as younger people who have heard about the game, but never played it by their selves. Furthermore a set up of a new version of the same game gives us the chance to get a deeper view in the functionality of the JA2, which provides us with the knowledge for a worthy successor, means JA3.

JA Online will be a transmission of the well known gameplay in an online environment. We think that the gameplay of JA2 is predestined for browser based gameplay with several multiplayer features.


4. Let's start with JA Online. What will this game be? Is this going to be new and independent part of the series? Please, tell us more.

Elmar Grunenberg: Unfortunately at present I can’t tell you very much about JA Online as it is still confidential. What I can say is that it will be based on the JA2 gameplay but with fresh maps and new mercs. The main goal is to train and equip your mercenaries and send them on a wide variety of missions all around the globe. People can play the missions directly on the tactical map, using the critically acclaimed Jagged Alliance mix of turn-based and real-time combat. Mercenaries collect experience and can be trained in various skills and abilities. Each mercenary has an individual character and abilities making them unique.

Players can also choose to accept campaigns, which are essentially a string of missions on a specific map that need to be resolved within a given time frame. Players can support other’s campaigns by renting mercenaries for a certain amount of time and can also bolster their roster by using their ally’s mercs. For more information please visit our Jagged Alliance website under www.jaggedalliance.com. We will continuously release there new content and news about JA Online as well as JA2 - Reloaded. 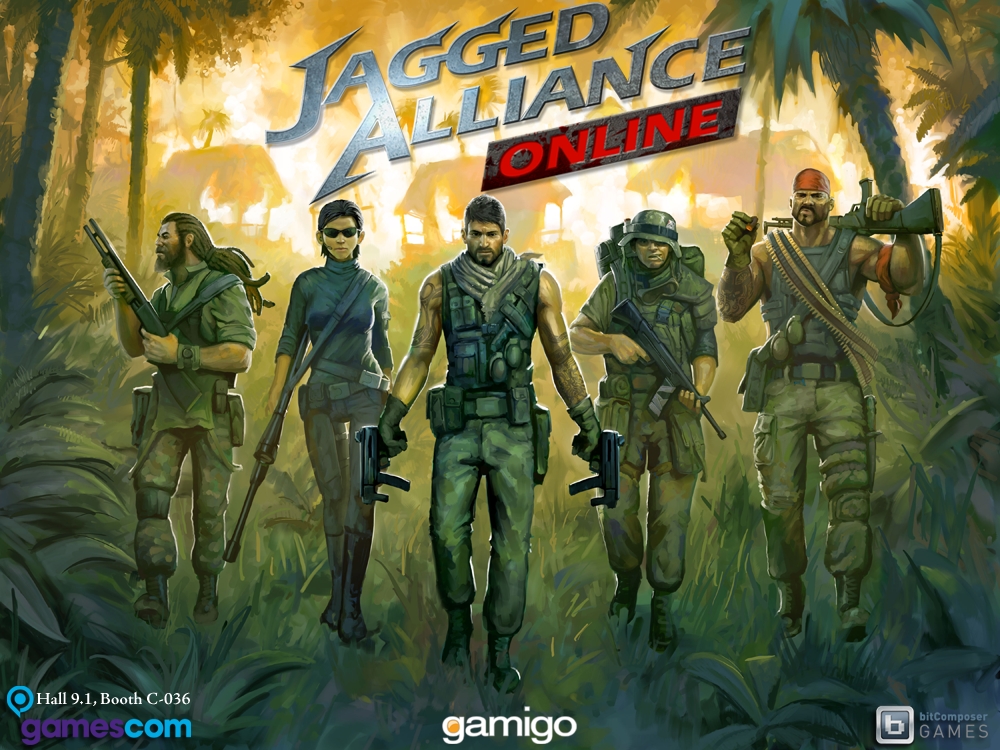 5. There was some info posted on your website about JA Online betatests. When and how are you planning to perform these?

Elmar Grunenberg: Our original plan was to start with the closed beta testing of JA Online by the end of this / beginning of next year. Unfortunately this schedule can’t be kept as the project is currently delayed. At the moment we are thinking of a closed beta in Q2 2011.


6. I can see that JA Online is quite a mysterious project, let us then shift to JA2: Reloaded. At first the most basic question: in what will it be different from the year 1999 version?

Elmar Grunenberg: Our aim is to transfer the gameplay of the original JA2 into the year 2011. As you can see on the screenshots the Reloaded version will be provided with modern 3D graphics. Another innovation will be an extensive tutorial which allows new players to get easy into the game. And we will revise the strategical map in terms of a clear arrangement and accessability. But the most important change will be the combat system: we want to establish the „Plan & Go” system. Basically, the overall strategy in the combat system remains the same! The player has to identify strategically advantageous positions on the map to minimize losses to his own side as far as possible.

But the “Plan & Go” system removes the strict turn-based structure. If the player wants to react to an incident, he can pause the game at any time or allow the game to pause automatically by carrying out a particular activity (e.g. if a mercenary has run out of ammunition).

The real-time elements in the “Plan & Go” system also add new and exciting features such as “Timing” for example. As the enemies are patrolling all over the map, the player must time his movements very precisely to defend himself against his enemies. Here, the need to quicksave/quick load is greatly reduced, as the risks and challenges are more easily identified and the effect of the risk is reduced to a much shorter time (e.g. a character is sighted before he has reached his target, so the shooting starts earlier than anticipated).


7. Some time ago multiplayer was implemented to JA2 via a fan-made mod. Are you willing to make JA2: Reloaded a single player/multiplayer game as well?

Elmar Grunenberg: We know the mod but for first there is no multiplayer mode planned.


8. What degree of realism can be expected? In JA2 several weird occurrences could be encountered quite often, such as missing an opponent at a distance of a few meters, or only minor damage to a character after suffering a knife wound to the torso. Are you planning to make any corrections to the game, or will you leave it as it was in the original release?

Elmar Grunenberg: As we set up a new combat system, we will take care that those bug don’t occur. 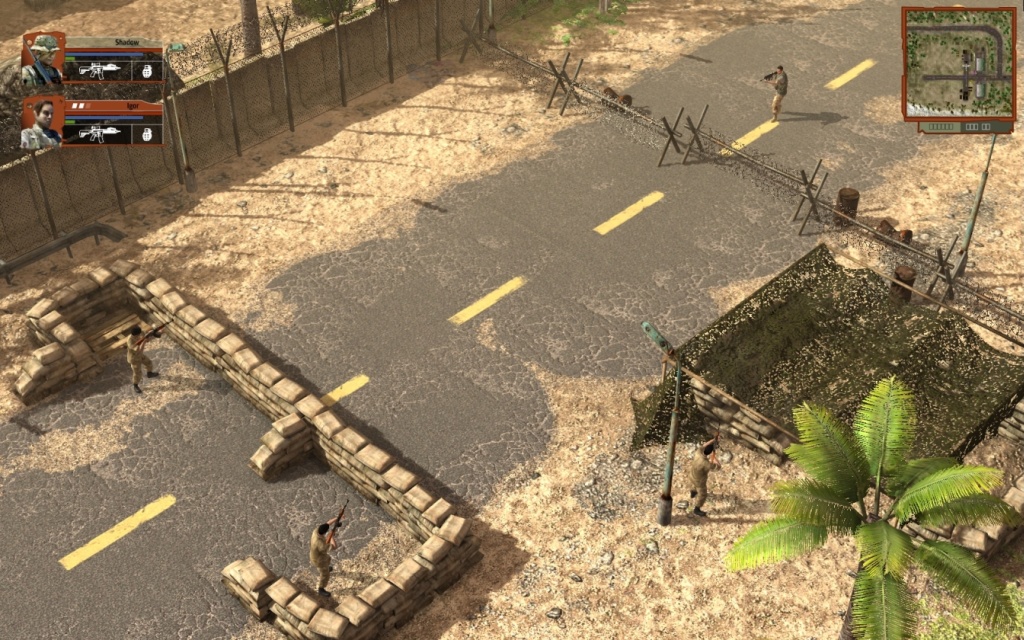 9. In JA2, after the destruction of all of a building's walls, you could observe roofs holding onto nothing else than air. Will JA2: Reloaded possess an advanced physics system?

Elmar Grunenberg: As JA2:Reloaded is developed competely in 3D it would be too much effort to make all objects like walls or houses destructible. There will be destructible objects where it makes sense from a tactical point of view. For instance players can use explosives to blast holes in walls as in JA2, but not to blow entire houses sky high as in Silent Storm.


10. There were many modifications made for the classic JA2, these played a great role in extending the game's longevity. Are you planning to provide the modders with the necessary tools to make this possible with JA2: Reloaded as well?

Elmar Grunenberg: It's very important for us, to make Reloaded attractive for the JA veterans. We have discussed internally a lot about how we can make our Remake interesting and accessible for the still very active modding community.

You may think the easiest way would be to release the source code or parts of it. But time has changed and it’s not so easy to release parts of a source code or development tools because of legal matters. The way of development has changed in the last decade. Nowadays different middleware is combined with each other. So you have to take different license terms for different modules used in the finale game into account.

But we think about a solution on this problem. In this matter please keep in mind that the source code of JA2 was availabe years after the release of the main game.


11. What graphics engine will this game use? Is that your own, or purchased from another producer?

Elmar Grunenberg: It will be the Coreplay-engine, a graphics engine developed by a Munich development team.


12. Another significant aspect of the game is music, dialogs and environment sounds. Are you planning to record everything from the very beginning, or are you planning to keep/slightly modify the existent music and dialogues (so much praised by the fans)?

Elmar Grunenberg: That’s a good question. We have the original voice files available. But if we can use them or have to create new ones depends on the changes we decide regarding story & gameplay. We plan to use the original music but also some fresh songs. The orginal theme for instance will be rerecorded with an classical orchestra.


13. We already know that the game's release is scheduled for 2011, but this might mean anywhere from the year's beginning to its end. Could you reveal a more precise estimated time of release?

Elmar Grunenberg: As you know we are still in an early stage of the project. So it would be impossible to finalize it until the beginning or the midth of next year. We are planning the release for Q4 2011. 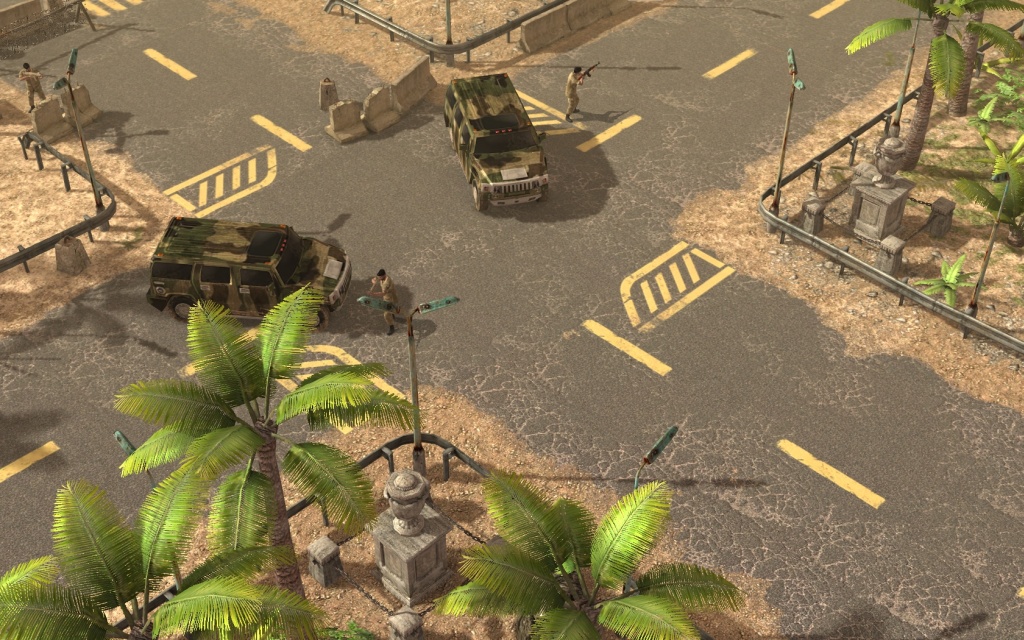 14. Before we progress any further, I'd like to ask about the previous games in the JA series. If JA2: Reloaded will achieve success, the classic JA2 will most probably lose many long-term gamers. Can the fans hope to have access to JA or JA2 as freeware or abandonware?

Elmar Grunenberg: We have something in mind but I can’t tell you anything about it now.


15. Well, allow me then to ask about the title, which excites us most: Jagged Alliance 3. When are you planning to start with the project, and have you got any concepts for the game?

Elmar Grunenberg: We have several concepts regarding setting and storyline but nothing concrete to date.


16. Are you planning to cooperate with the authors of the previous games in the JA series during the production of JA3?


17. Generally I get the impression that maintaining good relations with the fans is quite important, which is proved by this interview. Could we have a plan a future interview together in a few months?

Elmar Grunenberg: Sure. The feedback of the community is very important for us and we try to take any helpful suggestions into account.


18. I'll keep your word in mind. Lots of thanks for the interview, and wish you the best of luck on behalf of the JACenter editors, and all the fans from Poland.

Elmar Grunenberg: Thanks for the interview guys and best greetings from Germany to Poland :)